Frank loved his family. It was summer 2011 and Frank left Beverly Hills for vacation with his family. Kuba was in Beverly Hills by himself, still living at The Beverly Wilshire Hotel while doing the rehearsals to get ready for the video of his new song Street of Freedom. On August 24, 2011 the terrible tragedy happened! Frank DiLeo passed away after experiencing complications following heart surgery. Kuba got a shock! He broke down in tears and suffered a panic attack from the news of Frank DiLeo’s death. Kuba lost his dream Manager and his best Friend in US. The tragedy was huge for Kuba and for me and my husband as well. We all loved Frank DiLeo with all our hearts. He was a fantastic man and great manager.


Kuba had great conversations with La Toya Jackson. She is very nice and sweet lady. Kuba released his first single Street of Freedom with Universal on March 20, 2012. Kuba won a Yacht Film Festival Award for his music video Street of Freedom. Kuba met and became good friend with Flaver Flav, a rapper from the group Public Enemy. They recorded together the song Come to America in Las Vegas. Kuba released this song in July 2012. The single was featured on his EP, Combat. Kuba partnered with Sean Garret, a songwriter and producer, and produced the single Stop Feenin in 2013. Kuba released his third album at charity event for the Face Forward Foundation, a charity for victim of violence, at The Peninsula Hotel in Beverly Hills. At the event Kuba also unveiled the creation of the first pop artist superhero with Versace. 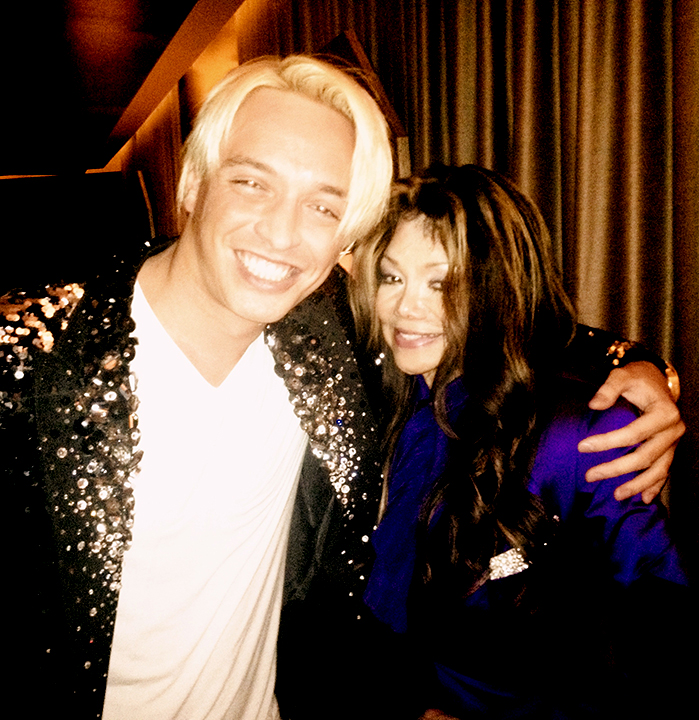